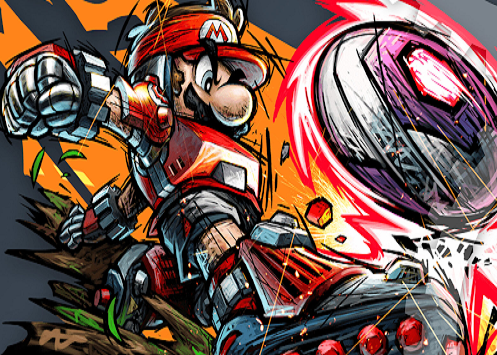 We recently created our Gaming division @comet and that seems to have spurned a new interest in game playing for a lot of us at work. We thought of creating a list of games that the uninitiated and the pros should have on their ‘must-play’ list.  The new games set for launch in 2022 cover a wide range of genres. Several games will be released this year on the PS5, Xbox Series X/S, PC, and Switch, so there are a lot of choices. We decided to put down a list of the most interesting, upcoming games that you can add to your gaming list and keep an eye on.

The Evil Dead is a survival horror video game published by Boss Team Game for all the horror games fanatics out there. It will include multiplayer gaming as well as player versus player (PvP) combat, however, the long-awaited and much-anticipated single-player version will still need internet access. Additionally, the game includes several maps, including the Evil Dead series’ home in the woods, and over 25 weapons, including Ash’s chainsaw and boomstick.

The Game will be available on Microsoft Windows, Nintendo Switch, PlayStation 4, PlayStation 5, Xbox One, and Xbox Series X/S and is releasing on May 13, 2022.

Two Point Campus is a Business simulation game wherein one must construct and manage a university campus. The player is responsible for constructing numerous educational spaces such as classrooms, lecture halls, and libraries, as well as arranging various cultural events and extracurricular activities. It should help you hone a lot of life skills including hiring staff, maintaining the campus’s operations, and looking after the students’ well-being. There really couldn’t be a better way to simulate life. So, if you are a budding entrepreneur, play and learn the art of business.

The game will be published on Windows, Nintendo Switch, PlayStation 4, PlayStation 5, Xbox One, and Xbox Series X/S on August 9, 2022.

Mario Strikers a sports video game returns with a fresh perspective on football/soccer. It’s a five-on-five sport in which players attempt to score goals by dribbling and passing to teammates while also utilizing tackles, objects, and special shots. You’ll be able to outfit your squad with gear to help them improve their stats, as well as play multiplayer locally and online.

It will be released globally on the Nintendo Switch on June 10, 2022.

The forthcoming action-adventure video game Saints Row is part of the sandbox genre and is a relaunch of the Saints Row franchise. The players will be able to exploit empty properties in guarded areas to start illicit enterprises with valid fronts to help finance and benefit the gang, which is a new feature in this game. The driving experience has been enhanced to encourage the usage of automobiles as weapons in addition to guns. The game will have a sophisticated character builder for the player-character, which will include gender choices. Drop-in cooperative multiplayer with a second player will be available, with each person having their own Boss character and progressing through the game.

In the new action role-playing video game Forspoken, Luminous Productions partners with Square Enix. Forspoken tells the narrative of Frey, a young lady from New York who finds herself on the inhospitable planet of Athia. It features magic, parkour, and a variety of otherworldly animals, as well as content from some of the best authors today, including Gary Whitta, Alison Rhymer, Todd Stashwich, and Amy Hennig.

WB Games Montréal is developing and publishing Gotham Knights, an upcoming action role-playing video game. Nightwing, Batgirl, Robin, and Red Hood are charged with restoring justice to Gotham City amid a time of decline following Batman’s death, and the game is based on the DC Comics character Batman and his supporting cast. The heroes clash with the Court of Owls, a secret society as old as Gotham, and their legion of brainwashed assassins known as Talons while investigating Batman’s inexplicable disappearance.

An upcoming action role-playing game, Starfield, has been announced by Bethesda Game Studios and Bethesda Softworks. In its announcement, Bethesda described the game as a “completely new, next-generation experience into a brand new space-themed universe.” It will be the company’s first intellectual property in more than 25 years.

The game will be available on Xbox Series X, and PC, and is releasing on November 11, 2022.

GSC Game World, a Ukrainian game company, has announced a new first-person shooter survival horror video game S.T.A.L.K.E.R 2.0:  Heart of Chernobyl. In this sequel to the critically acclaimed first game, you’ll be exploring the huge Chernobyl Exclusion Zone. The Zone is far more difficult to live in than it was previously, especially following the second nuclear reactor catastrophe. There are dangerous mutants, lethal oddities, and feuding groups to deal with.

Now, this is something for Harry Potter fans. Although it isn’t a direct adaptation of the Harry Potter books, Hogwarts Legacy drew inspiration directly from them. There will, no doubt be plenty of wizardry mischiefs as you will be playing as a student attending Hogwarts during the 1800s, hundreds of years before Harry and co were born. There is plenty to explore in this open-world RPG.

The game will be available on PC, PS5, and Xbox Series X/S and is releasing on Holiday 2022.

So, let’s the game begin

Now that you have the idea, the dates, the platform, and everything listed. You’re ready to have a blast with your family and friends and Tyroo will keep you updated with everything that’s happening in the gaming world.